Drones can be used to quickly collect accurate data. However, drones can add a complexity to the surveying process. Creating a topographic survey with a drone is a completely different process compared to a terrestrial survey with the boots on the ground. 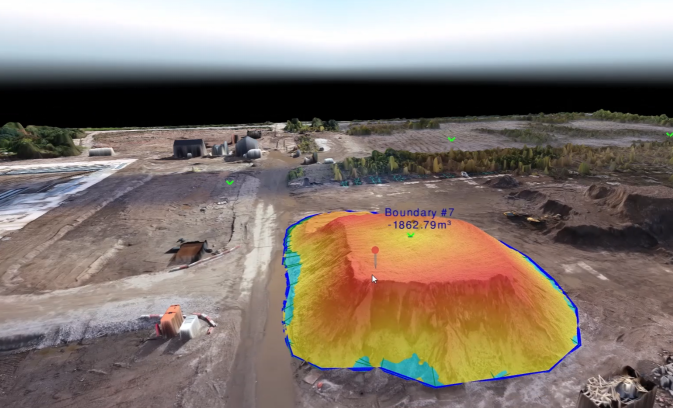 Drones can be used to quickly collect accurate data. However, drones can add a complexity to the surveying process.

Creating a topographic survey with a drone is a completely different process compared to a terrestrial survey with the boots on the ground.

The drone is a tool to collect data...

A traditional surveyor collects measurements in the field. His core skill is to model the outside world accurately by measuring as few points and lines as possible.

When the field work is done, he will go to the office and start working in a CAD environment.

These outputs will be delivered to an engineer to design a road, bridge, structure etc

You will get an unprecedented view of the site which is great, but this is completely different to the deliverables produced by a surveyor.

Its a new deliverable, with new possibilities, but different to the deliverable the surveyor or engineer expects.

A surveyor will still expects points, lines or triangulations. The engineer will require CAD outputs.

Due to the quick nature of the data capture using drones, this survey can easily be repeated and delivered on a more regular basis than traditional methods

How can drones and surveyors work together?

At DroneWorks, we quickly collect accurate data which can be processed and delivered to a surveyor in an output they expect, for them to work with it as they do their own data.

The difference is, more data is collected in less time.

The data is much richer, providing scope for many more outputs and also providing a snapshot of the site which can be referenced to make calculations not original requested at the time of survey.

How can drones help with site data and monitoring?

We will work with the surveyor or engineer to collect the data quickly, giving them detailed but manageable deliverables such as cut and fill maps, stockpile volumetrics or surfaces for them to calculate their own volumes.

This will enable a surveyor to be more productive, leaving them to focus on what they do best, surveying, by saving time laying out ground control and collecting data.

Excavators on site during site preparation. Concrete is being harvested and crushed ready for back filling.

The engineer will get access to deliverables and data that may not have previously been possible, or would require further site surveys, costing time and money, in addition to exposing the surveyor to risk of being on a busy working site.

We will work with the surveyor or engineer to collect the data quickly,

Due to the quick nature of the data capture, this survey can easily be repeated and delivered on a more regular basis than traditional methods, giving the project manager access to regular, up to date information about the site.

The drone is a tool to collect data, however the data can be used for various outputs, even if those outputs were not known or requested at the time of survey.

This is possible as the whole site was captured in detail by the drone, giving us a snapshot that can be referenced as required.

We recently surveyed a 250m2 construction site, originally for the purpose of collecting levels for earthworks and stock piles.

Hardcore is being extracted from old foundations and crushed on site for re use.

The site manager needs to know how much hard core they have on site, how much fill volume is required to achieve designed site levels, in order to determine the volume and cost of any imported hardcore, if required.

Data collection was complete in 1 hour. Data processing took around 4 hours, meaning the data was not even 24 hours old when delivered for analysis.

We provided outputs for the engineer with accurate cut and fill data in addition to surface levels and stockpile information.

An added bonus of the drone survey on this occasion.... a culvert was discovered on site, visible during the original survey.

This culvert is to be cut and filled, but the volume (and cost) to do so was unknown.

Using the original dataset, without re visiting the site, we were able to provide an accurate estimate of the fill volume of the culvert in addition to the stockpiles on site, enabling the site manager to determine any extra hardcore required, assisting with project planning and budgeting. 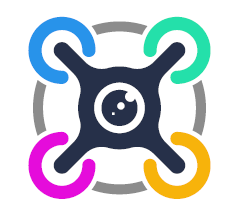