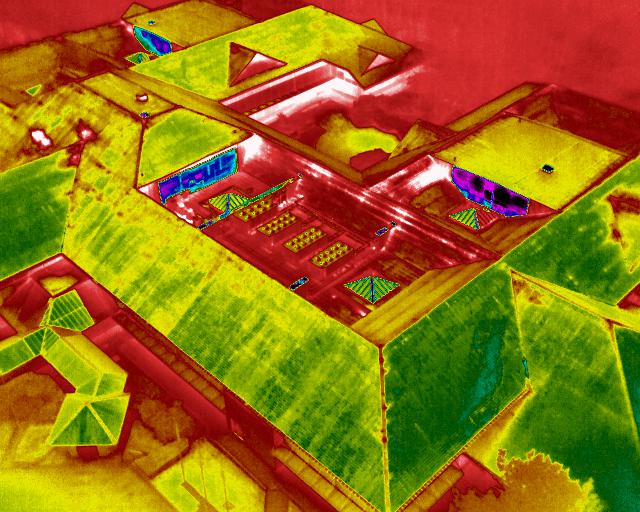 Thermal Drones And Their Uses

Unlike standard cameras that produce a visual image, a thermal sensor can detect heat and will turn it into an image and show the levels of temperature within the image.

Thermography is a term used to describe a type of photography that uses infrared radiated wavelengths to make pictures as opposed to visible light as in normal photographs. It can be also referred to as'thermal imaging' or 'infrared'. Can you get a drone with a thermal camera and what can they be used for?

Do Drones Have Thermal Imaging?

The quick answer to this is Yes! There are drones on the market which carry a thermal / infrared payload and are capable of detecting a heat source from an area in which they have completed a flight path. Due to the infrared wavelengths which are given off from any heat nearby, the drone can then pick this up and begin to create an image. But how does this whole process work?

How Do Thermal Drones Work?

Like any drone, the thermal drone will have a flight path programmed into them and this will be specifically set out to record all the relevant data. As the drone is flying around the desired flight plan, their thermal sensors will be able to identify any infrared wavelengths which are being emitted and produce electronic signals. When undertaking building surveys, sophisticated radiometric thermal imaging cameras are used with a detector size of 640 x 512, mounted on the drone. In digital camera terms this may initially be dismissed as a very low resolution, but it must be remembered that the data captured is equivalent to a thermometer in each cell; a total of 327,680 thermometers in every image!

Because thermal cameras are designed to detect and view heat zones that are totally invisible to the human eye, the resulting images seem very different from how we see things with our regular cameras.

Once you have received the radiometric thermal image, we will be able to gather data. From this image, you will be able to establish the temperature in each section of the area you have studied and identify may problems which may be arising.

What Are Thermal Drones Used For?

Thermal drones have become increasingly popular throughout the years and more industries are beginning to use them to help with their daily working life.

Sometimes, when people go missing in remote locations it can prove difficult to find them before it becomes too late. By using a thermal drone, you will be able to pick up on their bodies heat source which will stickout against the background.

This will provide the search and rescue team an exact location to get to the missing person as quickly as possible.

In December 2021, the Nottinghamshire police’s drone’s unit were called out to help search for a gentleman across some farmland. Shortly after the drone was deployed,the team were successful in finding the gentleman on the edge of a field.

Along with the positive of search and rescue results, these drones can also be useful for the police to detect suspect which have fled the crime scene or are dangerous and on the run. This was put to the test and had a successful outcome in Birmingham.

A suspect was caught fleeing through the neighbours back gardens and was caught with the thermal drone. Another successful outcome

Prior to the drone unit being developed, the police helicopter would have been deployed and this will have cost the force £3,000 to£5,000 an hour.

When a fire is taking over a building and becoming out of control, it can become near impossible to see through the smoke.

Using a thermal drone will help the fire department pinpoint exactly where the base of the fire is and where it is starting to spread.

Once they have determined where the base of the fire is,they can begin to tackle the problem, targeting the most effective areas first to reduce the flames.

Buildings often include thermal insulation within their walls. Any heat which is being lost through missing or failed insulation will be highlighted by thermal imaging.

Issues not visible to the naked eye can be identified and investigated further.

Heat loss through missing insulation or poor seals, moisture ingress and water leaks in flat roofs can be identified.

A thermal imaging building inspection can assist with determine requirements to make a building better insulation, more energy efficient and a more comfortable place to live.

Solar panels, also known as photo voltaics (PV), capture the sun’s energy and convert it into electricity that you can use in your home. These are typically mounted in large rows on solar farms or on the roofs of residential and commercial properties.

Solar panels are designed to be low maintenance, however according to consumer group Which, almost a quarter of Solar Panel owner shave had a problem with their systems.

It is recommended they are cleaned, inspected and maintained at least annually in order to ensure they are working optimally.

Well maintained Photo Voltaic Systems can perform up to 30%better than systems which receive little or no attention.

Solar panels are usually mounted on roofs which are difficult to access and so inspecting them is tedious and costly.

Using drones for solar panels inspections is quick, safe and provides accurate data on any faults via infrared thermal imaging.

String errors, faulty cells, debris and damage can all be identified by a done solar panel survey using infrared cameras.

If your solar panels are still in warranty, it may be worth having them inspected in order to make a claim if required!

What Can You Do with Drone Thermal Imaging?

There is an extensive list of things you can do with a drone, with your home itself being subject to many.

If you own a thermal imaging drone, you can check your home for heat loss and which areas may need additional insulation installed. Because you have access to the drone and not just a handheld camera, you have the ability to also check your roof for heat escape points.

Another way you can use your thermal imaging is for leaks.If you are noticing a leak on your ceiling which is getting worse, fly your drone above your house and look for any areas which are showing heat escaping.This will be the where the source of the leak is starting.

For business owners, if you are considering introducing thermal imaging drones into your workplace, there are several ways in which this can be done and provide you with a positive outcome.

These drones have been seen within the agricultural industry and have been proven to be quite successful. By sending a thermal drone over your crops, you will be provided with an accurate reading of the temperatures.

This will help you to identify if there have been any pest infestations or if any diseases are beginning to affect your crop.

How Can I Improve My Thermal Imaging?

The understanding of thermography is key to using thermal imaging to identify issues in building fabric and solar panels.

The time of day when thermal imaging is conducted is also very imported.

When the thermal imaging camera is mounted on a drone a whole host of issues need to be understood in order to ensure accurate data is collected.

Training is recommended and a qualification from British Institute of Non Destructive Testing BINDT is the way to go if you plan on using thermal imaging for your business.

It is very easy to both capture thermal imaging data in correctly and also to misinterpret what the images are showing you.

What Are The Advantages Of Using Thermal Drones?

A thermal drone is going to give you a full 360˚ view of your home, building or structure. This means that a large building with difficult to access areas such as the roof can be inspected quickly and safely.

Because drone surveys are quicker and cost effective, they can be easily repeated at a greater frequency than traditional methods.

When thinking about using drones,  make sure that you are using a registered, qualified and insured drone operator.

For thermal imaging ensure the operator is a competently trained and experience thermographer. You can check for credentials on the BINDT website.

Get in touch today to receive your free no-obligation quote or to discuss your project.

Whether you’re a building surveyor, land surveyor, site engineer or quantity surveyor, there is a use case where drone surveys can provide a considerable benefit.

If you are a surveying business and you are interested in starting your own drone program, please reach out, we’re happy to talk through the process and requirements. Its not as simple as ‘chucking the drone up.There is a considerable investment in training, equipment and software.

DroneWorks are excited to be offering these innovative drone survey services to our clients and proving the benefits that they can bring to projects taking advantage of them!

Benefits
Get A QUOTE

We need a few simple details in order to provide you with a quote.

Aerial thermographic inspection of buildings and plant can help to identify areas of poor or failing insulation, cold bridges in construction as well as air leakage. 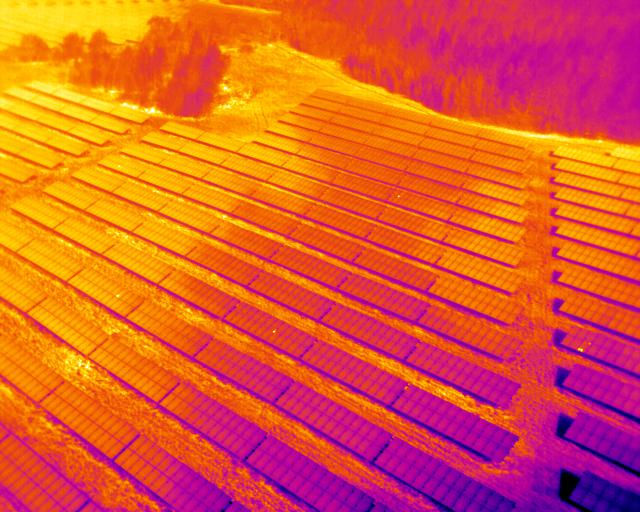 We are PCN Category 1 Thermographers, trained to use infrared cameras in condition monitoring, electrical or building inspection.

Always Use A CAA Approved Operator

We have received a permission to operate from the CAA, any flights carried out are in accordance with the current CAA rules and guidelines and industry best practice. Always ensure you are using a CCA approved operator.

Videos, Images, Blogs and Case Studies, showing the ever growing popularity and benefits of drones for commercial applications.